Around 190 blankets were donated by motoryclists and general public from Wagga, Cootamundra, Young, Harden Murrumburrah, Yass and Canberra in the recent ‘Better Late Than Never’ Blanket Run.

The motorcyclists rallied at Barnes Store Murrumburrah from 8.30am, rode to the Commercial Hotel Bowning and then onto Zac’s Place community centre in Yass for a sausage sizzle and coffee.

Monday and Tuesday saw Glenn and Ros Stewart from Zac’s Place deliver blankets for distribution to Vinnies in Harden, Young and Cootamundra as well as Salvos in Young and Yass.

Volunteers at every shop were very grateful for the timely delivery.

Baby blankets were delivered to Mission Australia in Harden for distribution to young families.

Organisers wanted to thank the motorcycling communities who contributed on the day, as well as all the individual riders who made it a priority to help others by donating a blanket and joining the ride.

Thanks were also extended to Barnes Store for agreeing to be the starting and drop-off point for blankets by bikers and general public.

Massive thanks were also given to the Commercial Hotel in Bowning for their support and hospitality. The tea and coffee was greatly appreciated!

The Better Late Than Never Blanket Run is an annual event held the first weekend after the Queen’s Birthday long weekend. 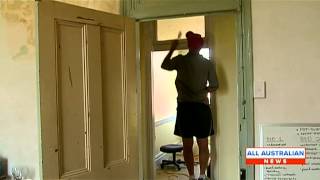